Check back for upcoming sales and product announcements Dismiss

How The Suppressor Shield works

Internal and third party testing has shown a consistent 50%-60% reduction in temperature of our shield compared to the surface of the suppressor during high rates of fire, with some tests showing over 80% reduction in temperature, especially at lower round counts.  All of our free-floating Suppressor Shields, (U-RAC and M-RAC) have been tested with up to 1200 degree suppressors, showing no degradation to the product, or suppressor. 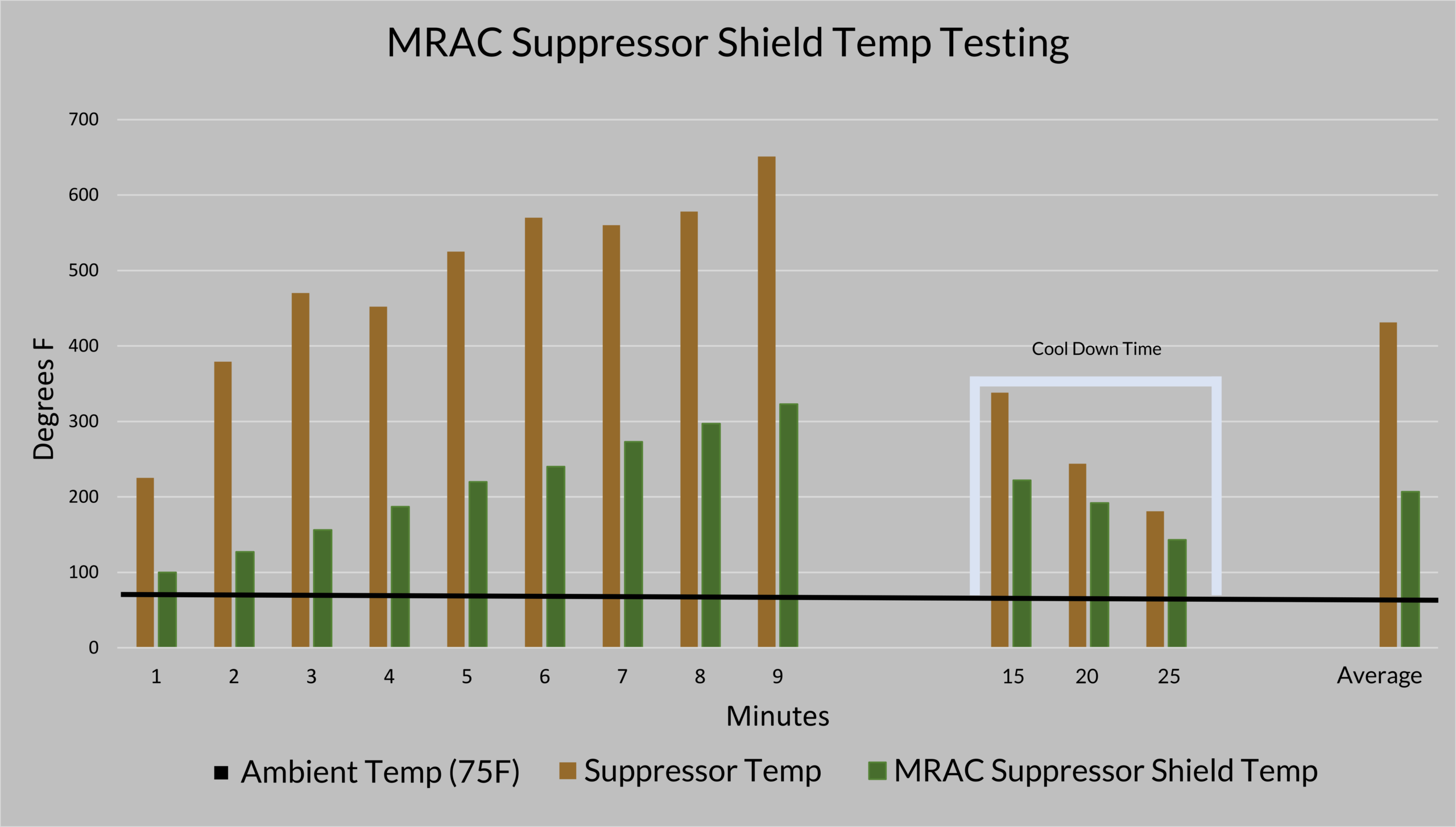 Course of Fire was 10 rounds per minute for 9 minutes (3 mags) totaling 90 rounds, followed by monitoring of temperatures during cool down cycle.

U-RAC Suppressor Shield testing on .308 SASS (Semi-Automatic Sniper System)
Temperature testing was conducted at the MODTAC Facility and then replicated at FT Benning GA with DOD Civilians.
Equipment: 18″ Gas-operated 7.62 NATO (M118 LR), HuxWrx Safety Co.  (OSS) HX-QD-762 Suppressor.
Course of Fire was 5 rounds for minutes 1 and 2, then 2 rounds per minute until 40 rounds and 15 minutes had lapsed.

The  free floating MODTAC Suppressor Shields (U-RAC & M-RAC) perform extremely well, especially at moderate round counts. As seen in the above graph, the shield only warmed 48 degrees after 40 rounds of 7.62mm over 15 minutes. The rise in temperature (Delta T) at the end of this course of fire shows a 81% reduction in temperature (suppressor vs. Suppressor Shield).

What does this mean?

The materials and design of the MODTAC Suppressor Shields provide a solidly mounted, rigid shield that eliminates mirage, reduces the chance of incidental contact burns on personnel and equipment, as well as allows the suppressor to cool naturally, prolonging the life of your suppressor and your gear.